When you’re an online marketer, conferences and other get togethers are curiosity quenchers. But which event to choose in a sea of offers? This year, Horia Mosneag, Web Content Manager at KeepCalling, picked Content Marketing World 2017 in Cleveland, Ohio. Partly for its huge diversity of topics and high density of tracks.

But guess what! That’s also the place where speakers with different backgrounds come together to show a new face of the same world. For example, Joseph Gordon Levitt, the famous actor.

Right immediately after his jet leg turned into some-sensation-I-had, Horia Mosneag told us about the hyper crowd at the Content Marketing World 2017, and here is his top 3 attributes of the Conference. Hope you will find it helpful!

#1 A huge running track for marketers

Content Marketing World 2017 was too huge to fit a person’s training shoes. In translation, most participants were probably left with the impression of a marathon for marketing strategic, where shoes counted enormously to be able to literally run from one good track to another. There were many interesting tracks happening simultaneously, and it seemed a superhero’s challenge to attend them all.  And since superheroes are perfect, and perfection is not in vogue in contemporary times, the organisers collected all video tracks of the conference online and shared the link with all the 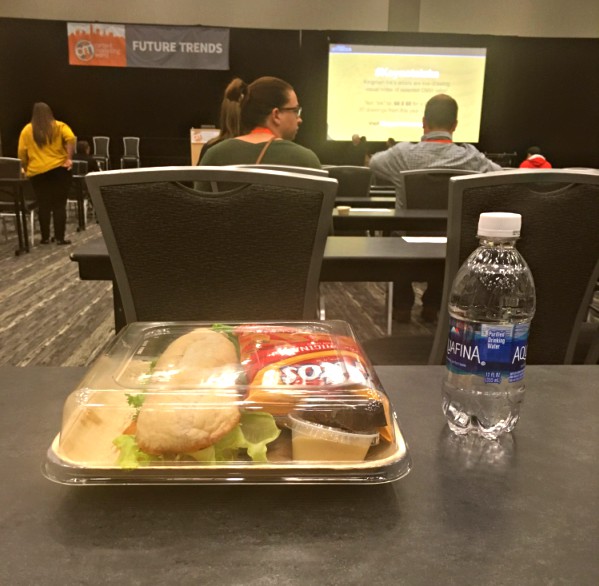 The technical tracks were happening 4 or 5 at the same time but one could see the size of the audience when a keynote was scheduled. (Horia Mosneag, Web Content Manager at KeepCalling)

#2 Lunch on the house, during the track

The numerous tracks kept our web content manager, Horia, too busy to think about lunch as well. But, the organisers had everything under control, and made available lunch boxes in different rooms hosting speeches at noon.

According to our analytical web content manager, Casey Neistat, the YouTube personality, filmmaker, vlogger, and co-founder of multimedia company Beme, had a smashing speech. Another interesting keynote was delivered by Joseph Gordon-Levitt, the famous American actor cast in Inception and Snowden to mention only two of the top-notch movies he played in.

#4 Touch the land of the Funniest Americans

Content Marketing World is highly demanding when it comes to time.  For those planning to join in 2018, you need to know the event will take all your day time. If you imagine you can leave the day of the event and go sightseeing, that’s a totally idealist idea. Instead, you’ll probably find yourself getting something to eat from the West Side Market on your way to the hotel. Lake Erie is close in case you manage to find some time outside the CMWorld.

BUT, if you’ll do better, here is a Guide through Cleveland, the fun city that’s listed among the first 100 funniest American cities. 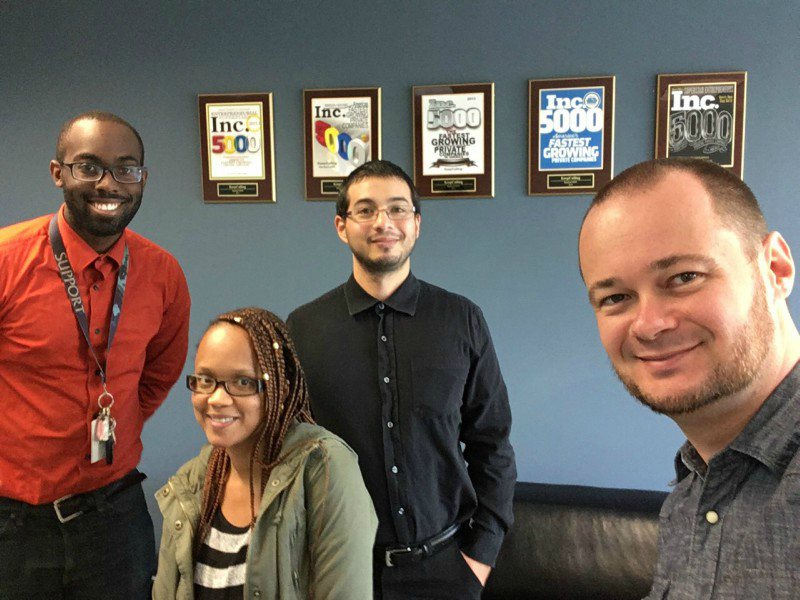 Yes, people in Clevelandtown know how to get down. Maybe you’ve heard, Cleveland doesn’t generally perform well on lists. But one list that doesn’t get around as much play as some others is a 2010 Portfolio Magazine story listing the 100 funnest US cities. There, Cleveland scored a respectable 23rd, ahead of San Diego, Las Vegas and Nashville. When we are done with this tour, you are going to see why.  (http://www.columbusunderground.com/travel-the-non-positively-cleveland-guide-to-cleveland)

#5 Take the chance to visit the East Coast

Horia, our Web Content Manager, managed to fly to Atlanta, Georgia, to visit KeepCalling’s American office, and get a glimpse of Hurricane Irma too. Strike of hazard… He went to visit theAquarium in Atlanta, the CNN Headquarters, and the Coca-Cola Museum. Just because curiosity is hard to settle down…

But if you have no priority like Horia did, you can go for New York, Vermont, Maine, Pennsylvania, etc.

Make it fun and ignorance-proof!

7 Reasons to Live in Sibiu
Scroll to top