23 books that changed the world 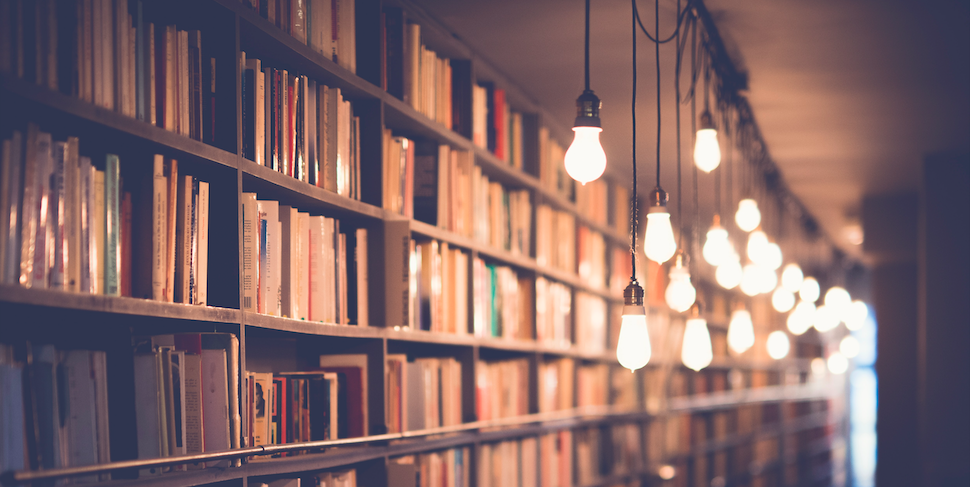 23 books that changed the world

April 23 is World Book Day, a celebration introduced by UNESCO meant to promote reading and publishing. Book fairs, street festivals, and charity events are common on this day that reminds us how important books have been throughout history and for history, and how important they still are to us today. To celebrate, we’ve put together a list of 23 of the most influential books ever written, 23 books that changed the world.

1. The Epic of Gilgamesh

The Epic of Gilgamesh is an epic poem belonging to ancient Mesopotamia, regarded as the earliest surviving notable literature, written somewhere between 2100 – 1200 BC. The first half of the story discusses Gilgamesh, king of Uruk, and Enkidu, a wild man created by the gods to stop Gilgamesh from oppressing the people of Uruk. In the second half of the epic, distress over Enkidu’s death causes Gilgamesh to undertake a long and perilous journey to discover the secret of eternal life. He eventually learns that “Life, which you look for, you will never find. For when the gods created man, they let death be his share, and life withheld in their own hands”.

2. The Iliad and the Odyssey, Homer

Usually considered to have been written circa the 8th century BC, the Iliad and the Odyssey are two epic poems that are the foundational works of ancient Greek literature. The Iliad is set during the Trojan War and focuses on a quarrel between King Agamemnon and the warrior Achilles during the last year of the war. The Odyssey focuses on the ten-year journey home of Odysseus, king of Ithaca, after the fall of Troy.

Aesop’s Fables is a collection of fables credited to Aesop, a slave and storyteller believed to have lived in ancient Greece between 620 and 564 BC. Of diverse origins, the stories associated with his name have descended to modern times through a number of sources and continue to be reinterpreted. Some of the most famous fables that are still recounted today are “The Ant and the Grasshopper”, “The Ass in the Lion’s Skin”, and “The Boy Who Cried Wolf”.

The Art of War is an ancient Chinese military treatise dating from the 5th century BC. The work, which is attributed to the ancient Chinese military strategist Sun Tzu is composed of 13 chapters. Each one is devoted to a different set of skills (or “art”) related to military strategy. The Art of War remains the most influential strategy text in East Asian warfare and has influenced both Eastern and Western military thinking and business tactics.

5. The Analects of Confucius

The Analects of Confucius is an ancient Chinese book composed of a large collection of sayings and ideas attributed to the Chinese philosopher Confucius and his contemporaries, traditionally believed to have been compiled and written by Confucius’s followers. The Analects has been one of the most widely-read and studied books in China for the last 2,000 years, and continues to have a substantial influence on Chinese and East Asian thought and values today. 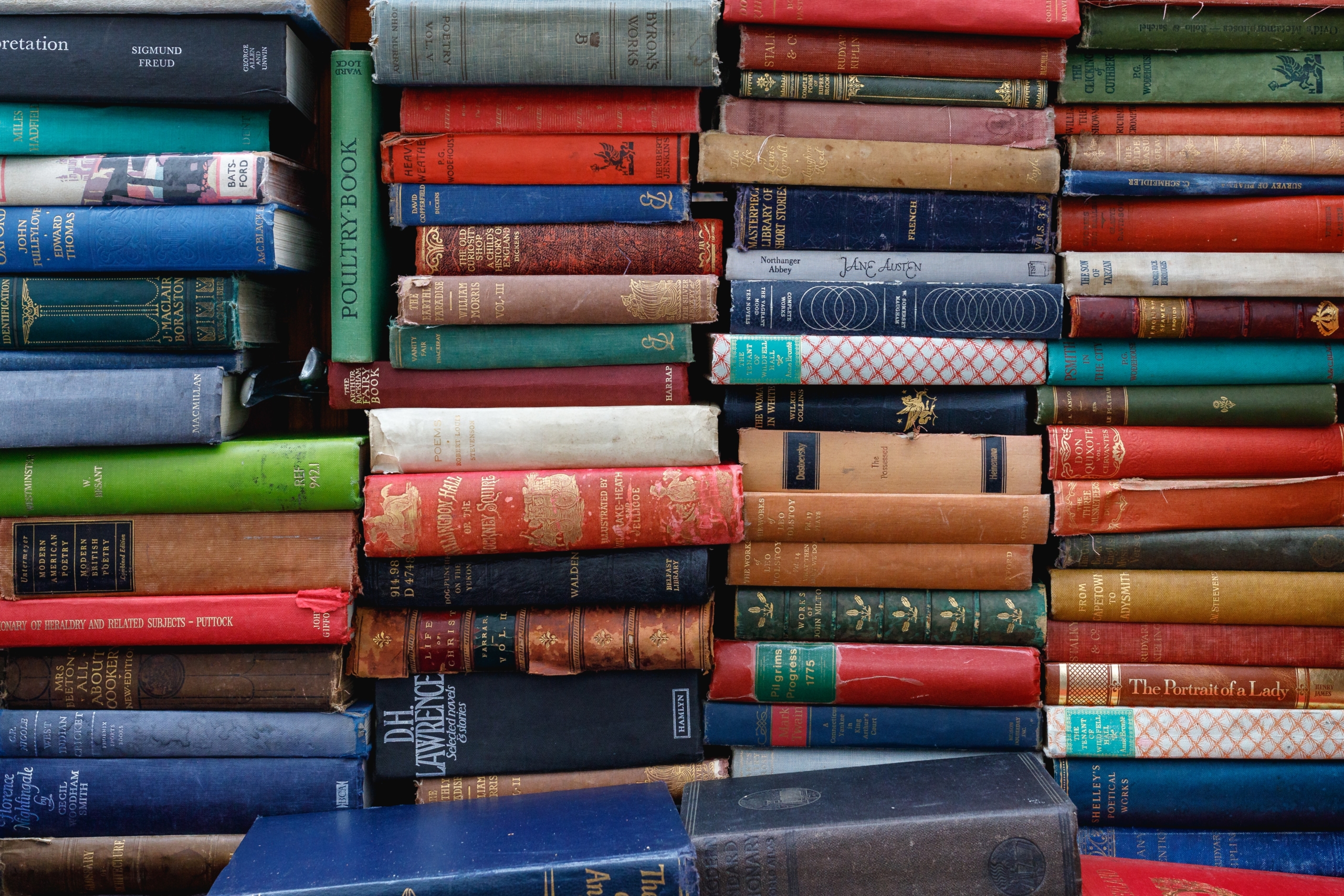 The Republic is a Socratic dialogue, authored by Plato around 375 BC. In the dialogue, Socrates talks with various Athenians and foreigners about the meaning of justice and whether the just man is happier than the unjust man. They consider the natures of existing regimes and then propose a series of different, hypothetical cities in comparison, culminating in Kallipolis, a utopian city-state ruled by a philosopher-king. They also discuss the immortality of the soul and the role of the philosopher and of poetry in society.

The Bible has had a profound influence on literature and history, especially in the Western world, where the Gutenberg Bible was the first book printed using movable type. According to the Time, the Bible “has done more to shape literature, history, entertainment, and culture than any book ever written. Its influence on world history is unparalleled, and shows no signs of abating.” With estimated total sales of over five billion copies, it is the best-selling book of all time. As of the 2000s, it sells approximately 100 million copies annually.

The Quran is the central religious text of Islam, believed by Muslims to be a revelation from Allah. Muslims believe that the Quran was orally revealed by God to the prophet Muhammad through the archangel Gabriel over a period of 23 years, beginning in the month of Ramadan. The Quran is thought by Muslims to be not simply divinely inspired, but the literal word of God. Muhammad did not write it as he did not know how to write. According to tradition, several of Muhammad’s companions served as scribes, recording the revelations.

The Divine Comedy is a long Italian narrative poem completed in 1320 and divided into three parts: Inferno, Purgatorio, and Paradiso. The narrative’s subject is the journey of the soul after death and the book presents an image of divine justice seen as due punishment or reward for the life led on Earth by Dante himself.

The Canterbury Tales is a collection of 24 stories written in Middle English by Geoffrey Chaucer between 1387 and 1400. The tales (mostly written in verse, although some are in prose) are presented as part of a story-telling contest by a group of pilgrims as they travel together from London to Canterbury to visit the shrine of Saint Thomas Becket at Canterbury Cathedral. The prize for this contest is a free meal at the Tabard Inn at Southwark on their return.

The Prince is a 16th-century political treatise written by Italian diplomat and political theorist Niccolò Machiavelli as an instruction guide for new princes and royals. The general theme of The Prince is of accepting that the aims of princes – such as glory and survival – can justify the use of immoral means to achieve those ends. It is notable for being in direct conflict with the dominant Catholic doctrines of the time, particularly those concerning politics and ethics. Although relatively short, the treatise is the most remembered of Machiavelli’s works, and the one most responsible for bringing the word “Machiavellian” into usage as a pejorative. 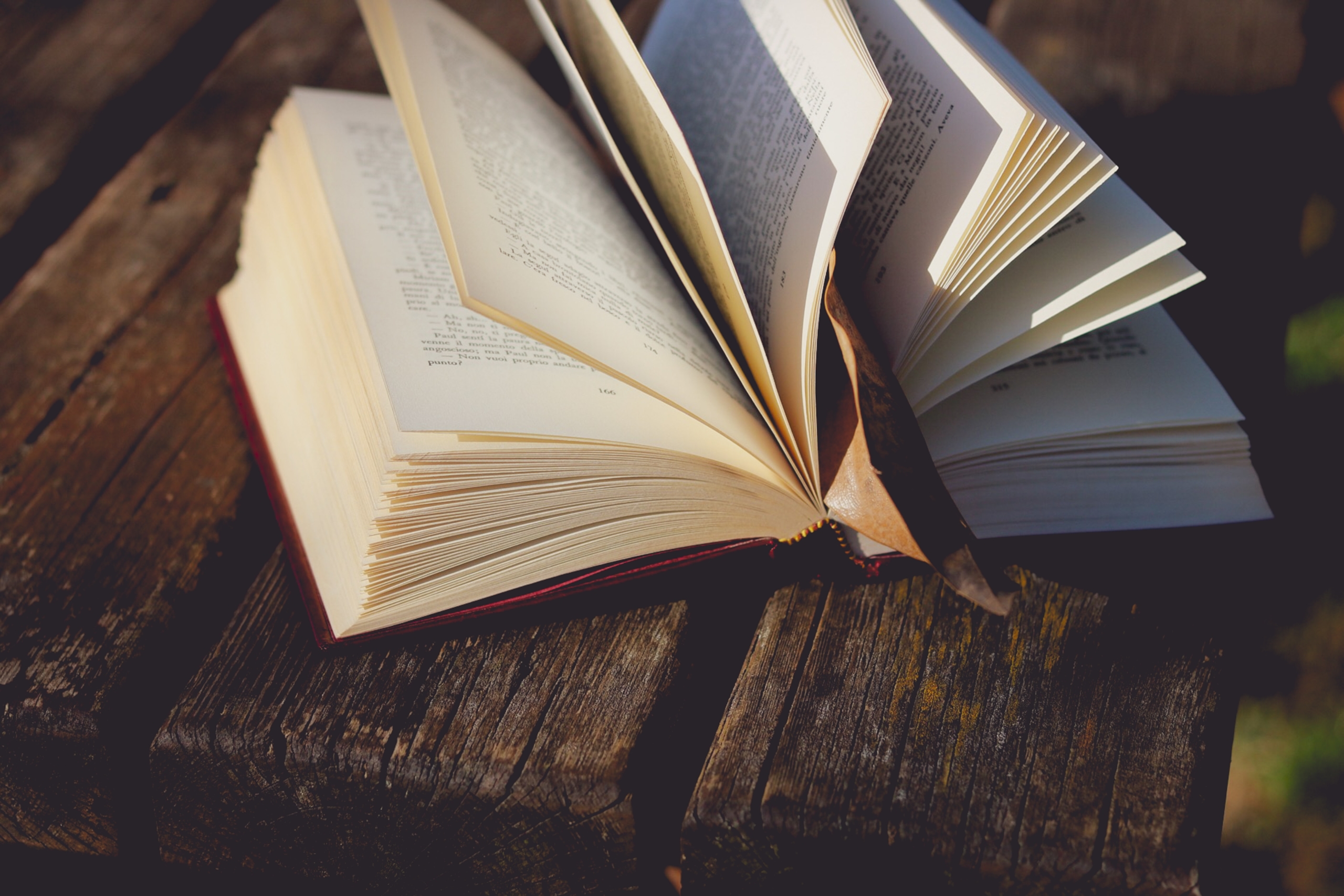 12. The Complete Works of William Shakespeare

Regarded as the greatest writer in the English language and the world’s greatest dramatist, Shakespeare is often called England’s national poet and the “Bard of Avon”. His works consist of 39 plays, 154 sonnets, three long narrative poems, and a few other verses. His plays have been translated into every major language and are performed more often than those of any other playwright. They still continue to be studied and reinterpreted.

Considered a founding work of Western literature, Don Quixote is often labeled “the first modern European novel”. It also holds the distinction of being the second most-translated book in the world, after the Bible. The plot revolves around the adventures of a noble from La Mancha who reads so many chivalric romances that he loses his mind and decides to become a knight-errant to revive chivalry and serve his nation. He recruits a simple farmer, Sancho Panza, as his squire, who often employs a unique, earthy wit in dealing with Don Quixote’s rhetorical monologues on knighthood, already considered old-fashioned at the time.

The Communist Manifesto is an 1848 pamphlet by German philosophers Karl Marx and Friedrich Engels. Commissioned by the Communist League and originally published just as the Revolutions of 1848 began to erupt, the Manifesto was later recognised as one of the world’s most influential political documents. It presents an analytical approach to the class struggle and the conflicts of capitalism. The Communist Manifesto summarises Marx and Engels’ theories concerning the nature of society and politics. In the last paragraph of the Manifesto, the authors call for a “forcible overthrow of all existing social conditions”, which served as a call for communist revolutions around the world.

The book is the sailor Ishmael’s narrative of the obsessive quest of Ahab, captain of the whaling ship Pequod, for revenge on Moby Dick, the giant white sperm whale that bit off Ahab’s leg on the ship’s previous voyage. Moby Dick was published to mixed reviews, was a commercial failure, and was out of print at the time of the author’s death in 1891. Its reputation as a “Great American Novel” was established only in the 20th century, after the centennial of its author’s birth.

An anti-slavery novel published in 1852, Uncle Tom’s Cabin had a profound effect on attitudes toward African Americans and slavery in the U.S. and is said to have helped lay the groundwork for the Civil War. Uncle Tom is a long-suffering black slave around whom the stories of other characters revolve. This sentimental novel depicts the reality of slavery while also asserting that Christian love can overcome slavery. Uncle Tom’s Cabin was the best-selling novel and the second best-selling book of the 19th century, following the Bible. 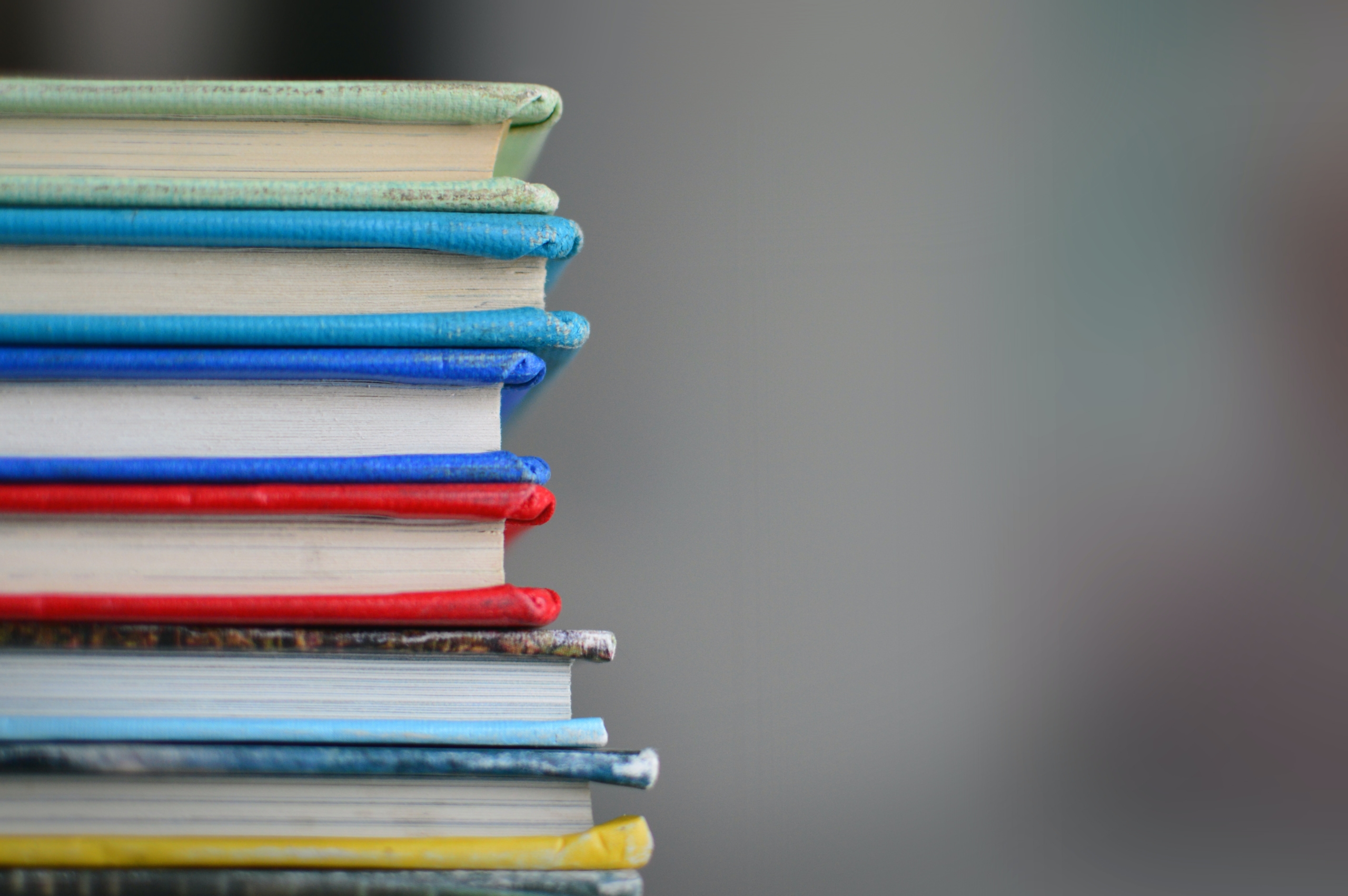 17. On the Origin of Species, Charles Darwin

On the Origin of Species, published in 1859, is a work of scientific literature that is considered to be the foundation of evolutionary biology. Darwin’s book introduced the scientific theory that populations evolve over the course of generations through a process of natural selection. Darwin included evidence that he had collected on the Beagle expedition in the 1830s and his subsequent findings from research, correspondence, and experimentation. The book was written for non-specialist readers and attracted widespread interest upon its publication. As Darwin was an eminent scientist, his findings were taken seriously and the evidence he presented generated scientific, philosophical, and religious discussion.

War and Peace is a novel by the Russian author Leo Tolstoy, first published serially, then published in its entirety in 1869. It is regarded as one of Tolstoy’s finest literary achievements and remains an internationally praised classic. The novel chronicles the French invasion of Russia and the impact of the Napoleonic era on Tsarist society through the stories of five Russian aristocratic families. Large sections, especially the later chapters, are philosophical discussions rather than narrative. Tolstoy even said that the best Russian literature does not conform to standards and hence hesitated to call War and Peace a novel.

19. The Interpretation of Dreams, Sigmund Freud

The Interpretation of Dreams is an 1899 book by Sigmund Freud, the founder of psychoanalysis, in which the author introduces his theory of the unconscious with respect to dream interpretation, and discusses what would later become the theory of the Oedipus complex.

In Search of Lost Time is Proust’s most prominent work, known both for its length and its theme of involuntary memory. The most famous example of this is the episode of the madeleine, which occurs early in the first volume. In Search of Lost Time follows the narrator’s recollections of childhood and experiences into adulthood in the late 19th century and early 20th century aristocratic France.

Brave New World is a dystopian social science fiction novel. Set in a futuristic World State, whose citizens are environmentally engineered into an intelligence-based social hierarchy, the novel anticipates huge scientific advancements in reproductive technology, sleep-learning, and psychological manipulation that are combined to make a dystopian society which is challenged by only a single individual: the novel’s protagonist.

1984 is a classic literary example of political and dystopian fiction. Thematically, 1984 centres on the consequences of totalitarianism on society. The novel examines the role of truth and facts within politics and the ways in which they are manipulated. Written in 1948, the story takes place in an imagined future, the year 1984, when much of the world has fallen victim to perpetual war, omnipresent government surveillance, historical negation, and propaganda.

The Second Sex is a 1949 book by the French existentialist Simone de Beauvoir, in which the author discusses the treatment of women throughout history. One of Beauvoir’s best-known books, The Second Sex is often regarded as a major work of feminist philosophy and the starting point of second-wave feminism.