You are here: Home1 / Press Kit

KeepCalling is a global telecommunications company registered in 2002 in USA, offering various telecom solutions: Voice Credit, Mobile Recharge, Virtual Number, Monthly Plans, Web Call and Web SMS through various ethnic websites. Presently, KeepCalling provides its services to hundreds of thousands of consumers and businesses, with a focus on customer satisfaction. Year after year, KeepCalling is listed in Inc. Magazine’s ranking of the fastest growing US companies.

Our goal is to offer the best products to ethnic markets through easy to use services and fair prices.

KeepCalling’s permanent purpose is to help people communicate. Our attention is continuously captured by our valuable customers, whose expectations we strive to meet and exceed. While focusing on customer satisfaction, we try to help people stay in touch regardless of their location.

Our values make us who we are! Our work, goals, and aspirations are shaped by these beliefs. We value the specificities of each ethnicity and know that our culture defines who we are, therefore, it should never be ignored.

We also know that doing good and having a positive outlook will always be the right approach to any action. It is important for us to be fair and transparent in all our endeavors, and business is no exception.

We are open and like to maintain a healthy dose of flexibility and innovation, which enables us to provide reliable solutions for our customers. At the end of the day, KeepCalling is also about giving back and inspiring others to do the same.

Giving something back to the community is a corporate responsibility that we take very seriously. KeepCalling is more than happy to launch humanitarian projects or subscribe to successful existing ones. In 2009 we launched our first social responsibility project initiative by donating 5% of the value of each purchase to REACH, an organization building houses for orphan children in Haiti.

Since then, we got involved in tens of charities in all sorts of fields: education, social support, sports, environmental protection, animal care, and so on. We believe in giving back to our communities, so, besides supporting well known projects, we also really like to help local NGOs. Here are some of our favorite causes, to which we usually dedicate money and time every year:

We contribute to Wikipedia as we greatly appreciate the service it offers to worldwide users. Donating to the world’s largest free encyclopedia is a tradition we care about, because we support its efforts to make information and knowledge available for free to people all over the world.

Niños con Valor has always been one of our favorite charities because it helps so many children in need in Cochabamba, where KeepCalling has its South American office. Along the years, this Bolivian NGO has saved tens of children from poverty, abuse, and drug consumption, so it certainly fulfils its motto, ‘Transforming lives, one child at a time’.

KIVA is a non-profit organization with a mission to connect people through lending to alleviate poverty. Through Kiva, anyone can lend as little as $25 to support small businesses in underprivileged countries.

In 2015, KeepCalling initiated a sponsorship program benefitting ‘Lucian Blaga’ University in Sibiu, where the company has its headquarters. Through this program, KeepCalling encourages students to choose Marketing as their university major by covering their tuition fees.

And many, many more! Check our Charity page for detailed accounts of all our CSR activities so far. 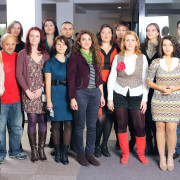 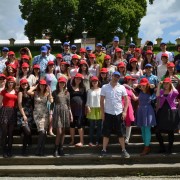 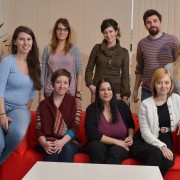 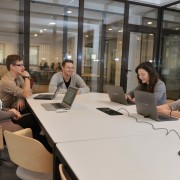 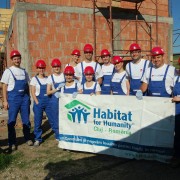 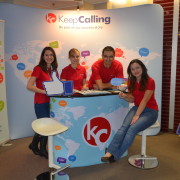